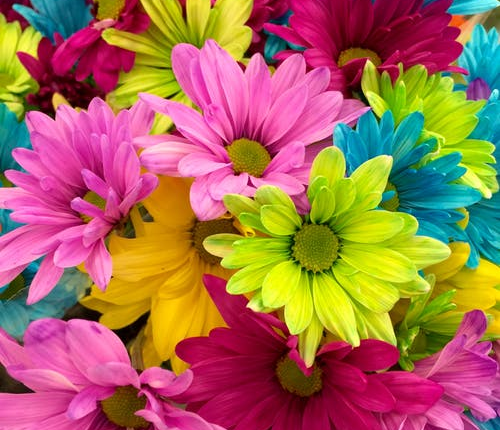 There are maybe about thousand to millions flowering plants inside the planent Earth. Only a few of them are used by  the floral industry. Flowers can be used for a variety of purposes. Aside from its biological function, one of the most important uses of flowers is as a great present to give to someone on a number of occasions. Presence of flowers brings happiness to people.Flowers can be given on different  occasions of a wedding, opening ceremony, party, a birthday, anniversary, wedding, Christmas, Valentine’s Day, and other events. The primary distinction between a bunch and a bouquet is their arrangement; a bunch of flowers is simply a loose grouping of flowers, whereas a bouquet of flowers is an artistic arrangement of flowers chosen for their color, size, and diversity.

There are different terminologies used in a bright and cheery bouquet flower delivery florist shop or an online flower store such as “flower bunch,” “flower bouquets,” “flower arrangements,” . though people can hardly distinguish them and  they differ in a number of ways. the distinction between the two most common forms of flower arrangements: bouquets and bunches are disicussed. 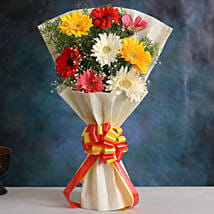 What is a Flower Bouquet

A flower bouquet is a grouping of flowers arranged in a unique way that is tastefully placed.. Making a bouquet takes creative ability, color coordination, and unique instruction in how to cut flowers, buds, stems, and foliage at specific angles.

Flower bouquets can be hand-held or organized for the decoration of homes or public structures. They have  numerous popular shapes and designs, including nosegay, crescent, and cascade bouquets, which are used to classify handheld bouquets.

What is a Bunch of Flower

A bunch of flowers is simply a collection of flowers that have been “bunched” together. It has no artistic design or symmetry because the flowers were chosen at random. Many flowers have a primitive appearance and are frequently of the same kind. They will also lack color coordination.

Bright and cheery bouquet delivery has different types of exotic flower arrangements aimed at enhancing love, romance, peace, and harmony among people. Whether it’s a bouquet of flowers or a bunch of flowers, the major distinction between a bunch and a bouquet is how they are arranged.